Where do I Begin? 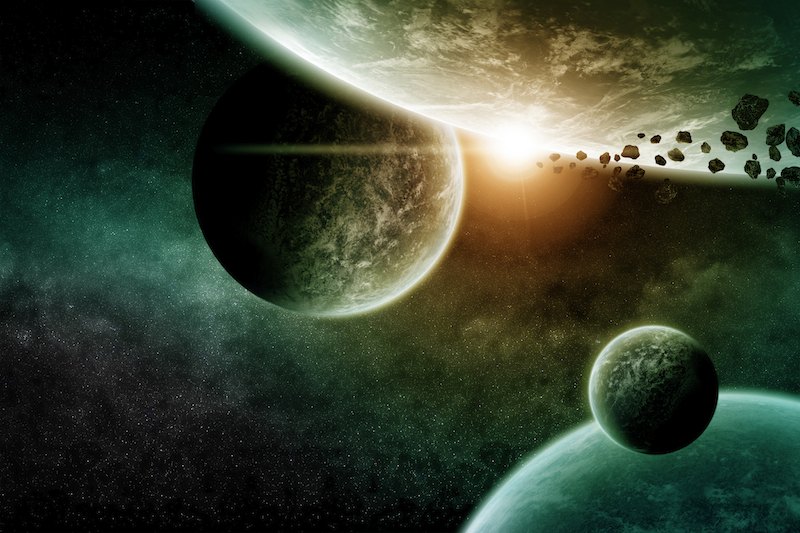 Each planet in the Grand Cross is in a cardinal sign: Jupiter in Cancer, Mars in Libra, and Uranus in Aries, and Pluto in Capricorn. Cardinal signs indicate beginnings. As the Grand Cross involves four planets in different signs, we may feel pulled to initiate activities that seem to conflict with one another.

The key to navigating a Grand Cross is to come to the center. What do all your impulses have in common? Stay true to the intention that underlies them all, and you may preserve your sanity.

I would like to continue my exploration of the square that I feel is most fundamental to the Grand Cross, involving Uranus and Pluto.

Uranus rules unexpected change, high technology, freedom, and rebellion. Pluto governs death and rebirth, bringing the hidden to light, but not without a lot of resistance and discomfort.

Although this transit is evident on a political level, I also would like to examine it from an environmental perspective.

I moved to New Mexico for its clear blue skies. It’s rare now to see a completely sunny day. Each day, planes crisscross the skies, spraying a toxic mix of aluminum, barium and sulfur that clouds them over, polluting the air, sky and water in the process. Naysayers dismiss these emissions as contrails. But contrails would dissipate quickly, rather than lingering for hours.

Why would anyone want to poison all life on the planet? There are various motivations for this spraying. The most benign intention would seem to be a reversal of global warming, as the sun’s rays are being reflected back on themselves. This only works short term and then has a rebound effect.

A more sinister intention behind geoengineering would be population reduction, as we are being slowly poisoned.

Chemtrails work hand in hand with HAARP, a project of the US military involving arrays of antennas. Their electromagnetic frequencies penetrate the ionosphere to move the jet stream, creating new weather patterns that can be sustained at will. Weather is no longer an act of God.

Profiteering may be a covert motivation. It is now legal to invest in weather derivatives. If you can control the weather, you have an inside track when you bet on it.

The impact of this spraying is so horrifying that most people choose to ignore it. Those who turn to official channels to challenge it are told they are crazy. This is the classic Pluto Uranus standoff. Pluto clings to its power and its secrets. Uranus comes up with increasingly creative ways to undermine the entrenched power structure.

In the spirit of Uranian rebellion, you can visit skyderalert.com and download their app to your smart phone. When you take photos of chemtrails overhead, the app will to send them to your elected representatives along with a petition opposing the geoengineered adulteration of the air you breathe. You can also visit www.geoengineeringwatch.org to read more about the issue.